Kollegal: Workshop on Strengthening of Democracy at the grass root level to the members of Local Tibetan Assembly from 24 to 28 June 2019 is underway with more than 60 registered participants from Kollegal, Hunsur, Lugsam, Dickyi Larsoe, and Bylakuppe at Dhondeling Tibetan Settlement, Kollegal on 24 June 2019.

The participants include Settlement Officers from Kollegal, Hunsur, and Deckyi Larsoe, Secretary from Lugsam, Presidents of Regional Tibetan Freedom Movement of Lugsam and Delar, Members of Local Tibetan Assembly from Kollegal and Hunsur.

Parliamentarian Khenpo Sonam Tenphel, emphasized on resolving the issue of Tibet and fulfilling the wish of His Holiness the Dalai Lama. He further spoke about the objective of organizing the workshop. He also spoke about Tibetan democratic polity and its unique features. Parliamentarian Khenpo Jamphel Tenzin, who is also abbot of Dzogchen monastery at Kollegal attended the workshop and spoke about the importance of this workshop for Strengthening Democracy. He urged every Tibetan to take responsibility for the cause of Tibet and also urged to fulfill wishes of Tibetans inside Tibet. Finally, Tsewang Sonam, Chairman of Local Tibetan Assembly, Kollegal thanked TPiE for organizing the workshop and thanked all the speakers at the opening ceremony for their valuable speeches. He also thanked all the participants of the workshop.

The first day of the workshop then proceeded with Khenpo Sonam Tenphel elucidating the participants in detail, the Parliamentary Procedures, rules and regulations of the session procedures, mandates and structures to be followed in an assembly house while raising starred questions, passing resolutions, legislative amendment proposal and the convention of calling attention motion. He along with Deputy Speaker engaged in a question-answer session with the participants, providing them with answers and clarifications.

In the second day of the workshop, Deputy Speaker Acharya Yeshi Phunstok dedicated first one hour of workshop on briefing Charter of exiled Tibetan and then elucidated the rules and regulations pertaining to various account heads and budgets as enshrined in the Charter of exiled Tibetan, viz., Recurring Budget, Special Recurring Budget and the Surkyol Budget. The rest of the day was then left open for an interactive question-answer session between the participants and the resource persons.

The third day of the workshop continued with the preparation for the upcoming mock session on its last two days by dividing the participants into groups to prepare starred questions, calling attention motions, legislative amendments, annual report, budget, etc. 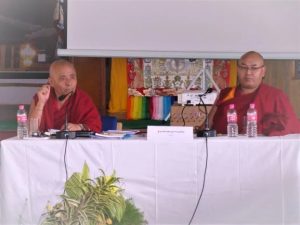 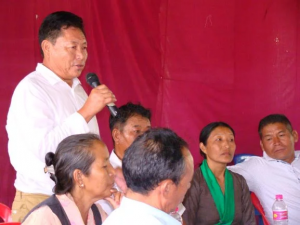 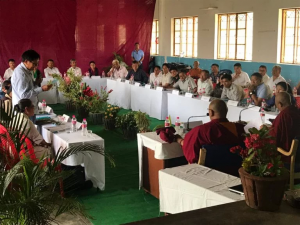