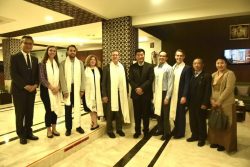 Dharamshala: The US Ambassador at large for International Religious Freedom arrived here at the seat of Central Tibetan Administration in the highest-level official visit led by the US Government to the CTA in the recent period.

Ambassador Samuel D. Brownback was officially invited by the President Dr Lobsang Sangay as the chief guest for the First International Conference on Tibetan Performing Arts and the 60th anniversary celebrations of Tibetan Institute of Performing Arts (TIPA).

“I want to express that clearly,” he said. “The US government supports the Dalai Lama and supports for the succession of the Dalai Lama to be done by the Tibetan Buddhist leadership.”

Prior to the meeting with President Dr Sangay, Amb Brownback met with a group of survivors of religious persecution who had recently escaped from Chinese-controlled Tibet.

In the hourlong meeting, Ambassador asked questions to each of the survivors and listened intently as they shared their accounts.

He thanked them for their courage and expressed his full support and earnest efforts towards advancing religious freedom inside Tibet.

Ambassador Samuel Brownback landed this evening at the Gaggal airport.

Tomorrow morning, he will visit His Holiness the Dalai Lama at the latter’s residence and deliver the inaugural address at the First International Conference on Tibetan Performing Arts at the Tibetan Institute of Performing Arts. 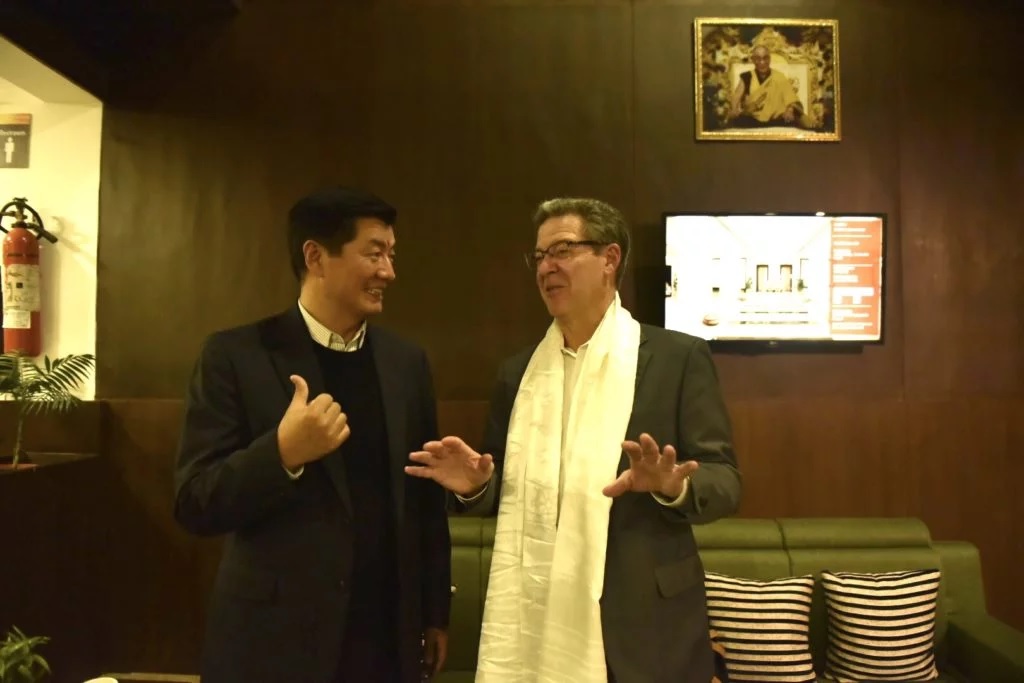 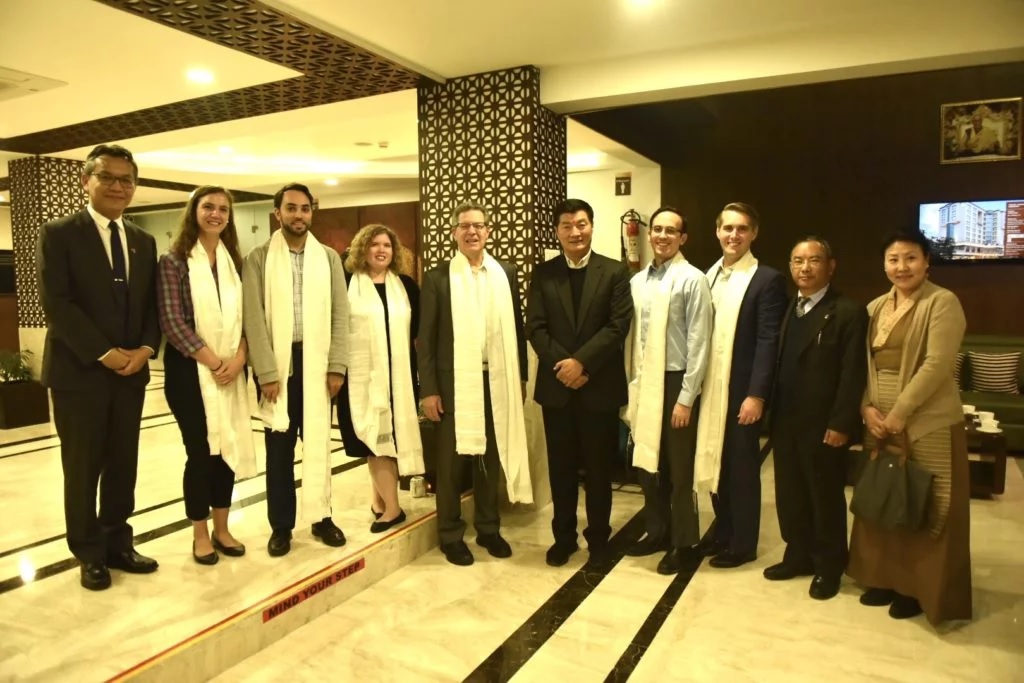 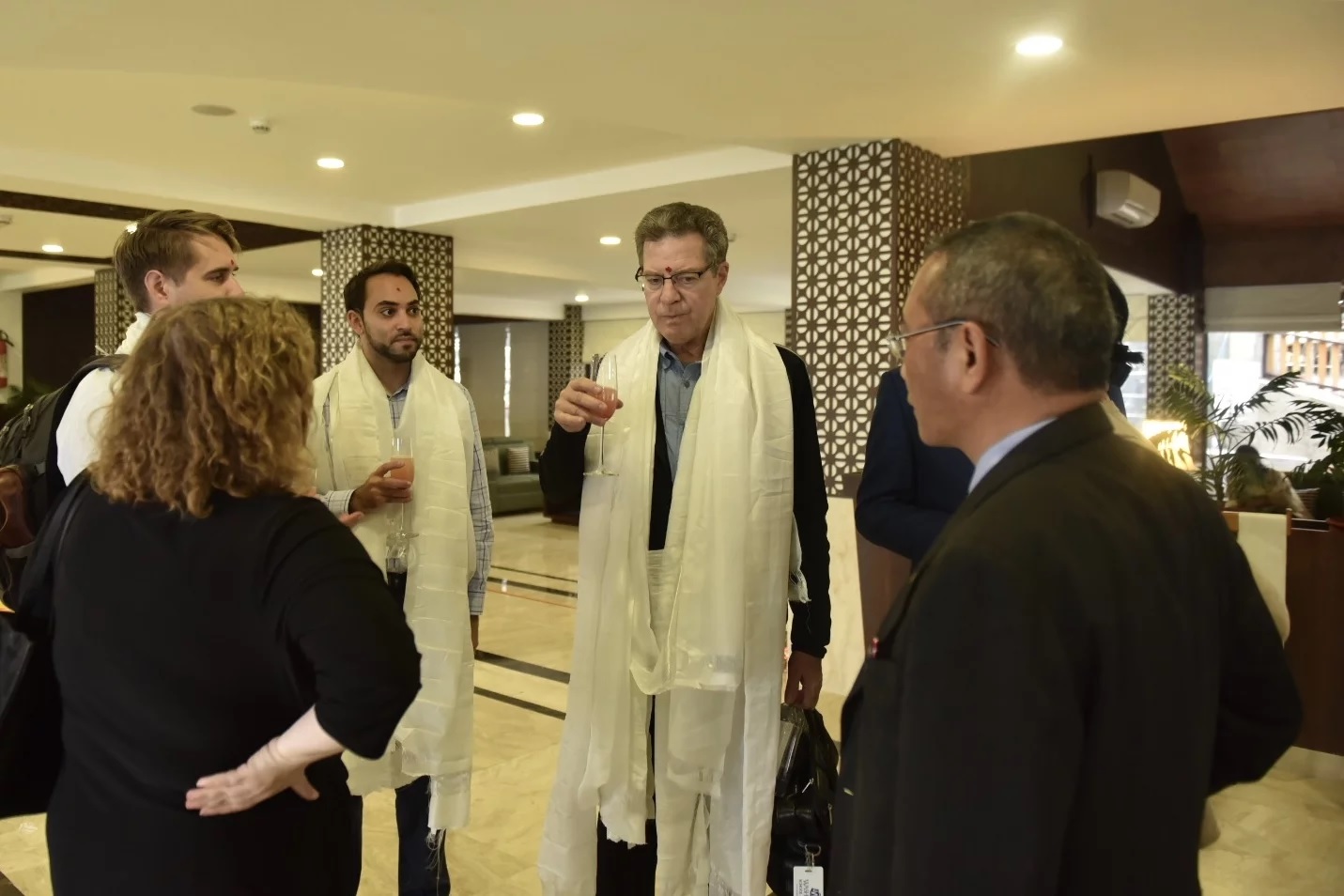