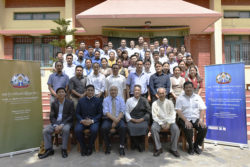 The Central Tibetan Administration’s (CTA) Public Service Commission (PSC) has recently finished their nine-day ‘Special Training for the Auditors of Office of Auditor General (OAG) of CTA. The training was held at the Tibetan Administrative Training Center from 26 June-4 July.

The last two days concluded with a discussion on CTA’s financial rules and regulations and CTA’s amendments which was moderated by the OAG Administration. The final session was held with PSC where they asked for feedback and evaluation from the participants about the program. This program was a success as 45 participants attended the training. The event was funded by USAID.